Error: Twitter did not respond. Please wait a few minutes and refresh this page.

A fortnight ago I picked my careful way through icing puddles to the nail salon. I drove, even though it is two blocks away and I had time, because the sidewalks are nigh impassible. I asked for a pedicure, and picked a completely unprofessional, unseasonable, inappropriate robin’s egg blue. I watched ice skating and slalom while my toes were transformed. I carefully covered them in layers of thick socks and sturdy shoes for my homeward journey. It seemed impossible to me, in that moment, that there would ever again be a time when my toes would willingly encounter non climate controlled air. 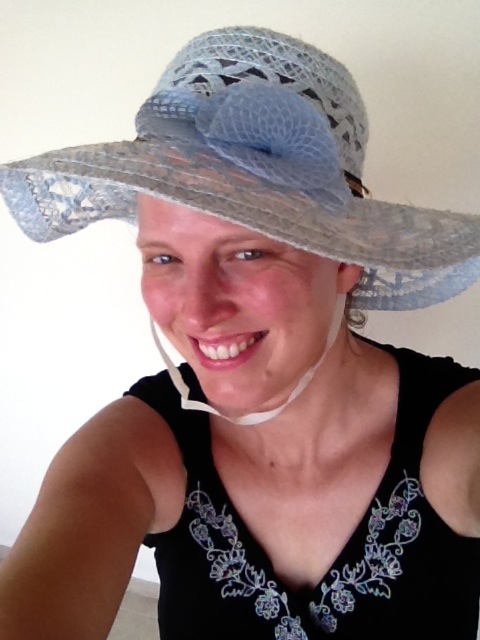 A week ago found me rising at 3:30 in the morning, and pouring my dressed-before-bed children into a taxi, which wound in the predawn darkness to the airport. (Which airport was absolutely chock-full of other parents with other tired children.) My sons both blew my mind with their exceptionally awesome behavior on the first flight to Houston and the second, down to the small island of Cozumel – just across the channel from the playground of Cancun. The island is very small – a teardrop off the cheek of the Yucatan. We stood in unaccustomed heat in an outdoor line. The returning travelers looked tanned, relaxed and sad to be leaving. The pale and pasty newcomers, waiting for immigration, had anticipation writ large across our tired & dark-eyed features.

It was nine years ago that I last came to Cozumel. I was gravid in pregnancy, and longed for the weightless relief of warm waters. I noticed the changes as we took the short taxi ride from the airport to the resort (a new one – I discovered the one I’ve been to twice before is in the midst of a major remodel, which explains why it had no rooms available).

We are at the Presidente Intercontinental. Even the driveway made me feel like I was about to experience something rather more luxurious than my standard expectation – which was true. Our room is small, with two full beds and a fine carpeting of Legos (to make it feel like home). Strangely, there was no lamp on the balcony (the phrase “you get what you pay for” usually refers to what happens when you cheap out. In this case, a more-expensive-than-I-would-have-liked vacation has come along with excellent service and facilities, and within moments sent two guys to figure out how to get a light on the balcony.) But I have watched warm pacific waters through a peek-a-boo curtain of palms every day here.

I have taken somewhere between a bajillion and a quadrillion pictures (discovering that the lighting conditions on tropical beaches are actually quite challenging for people pictures and also that my children have come to see me as unwelcome paparazzi when I have a camera in hand). The resort has a fantastic child care offering (paid for as part of the overall price, which I appreciated), so all the days but two Adam and I have gotten to snorkel together, as we have on romantic vacations since we got married. We visited Mayan ruins and watched the wild, unchecked waves of the Caribbean. We saw many, many, many iguanas. The boys played in the sand, learned to love the pool, learned to swim way way way better and learned absolutely nothing about effective bargaining techniques. (Ask me about the shark tooth necklaces!)

Today we coaxed Grey, who had spent days snorkeling in the pool and avoiding the ocean, to join us for a snorkel. I was entirely prepared for it to be beyond his courage. It can be intimidating, seeing the vast seascapes of the ocean unfold as an unknowable world before you, the colors fading in distance. When we encountered a barracuda in the first five minutes, I was entirely prepared for a hasty retreat. As we, holding his hands, pulled him further away from shore and towards the coral-encroached sunken ship, I could hardly believe his courage held. But it did. We saw so much together. It was a moment past what I could have hoped for, where the vistas of his dreamscapes expanded. He also devoured, in a heart-warmingly familiar way, “The Westing Game” For a day or two there, any question pointed his direction was answered with an “mm-hmmm”. I loved seeing his sun-burnt nose stuck in a book. For all he was an early reader, I have had trouble moving him into chapter books. He prefers the easy familiarity of comic books. I hope that an affair or two with a good novel might change that.

Thane is, as ever, indomitable. Fearless in the water, he started the week nearly drowning himself. A pool noodle added just enough buoyancy for him to not drown mostly. Towards the end of the week, we just put him in a life jacket and let him go in the pool. (Actually, his wonderful caretaker Keri thought of that first. The Kids Club here isn’t just Screens R Us. She takes them to see the iguana habitats, and to go swim at the pool. Thane refused to join us twice today because she was helping him sew a very cool alligator puppet.) He also loved hanging out on the beach (I wonder how long it will take before he has no sand in his hair?) He and Grey have been amazing brothers this week. I just loved seeing his excited face and bouncing eyes above his third cup of strawberry yogurt every morning – so full of joy and wonder and gratitude.

While I was writing this on the porch, a fire dance broke out on the beach below. So cool!

I’ll post again once I go through the pictures. When Adam and I came here last, we had a film camera. This time we took pictures on: my good camera, my old point-and-shoot, Adam’s phone, my phone, my iPad. It’s funny how many changes a decade can bring.

We prepare our return back to our land of cloudy skies and gales. I confess to being unenthused by piled snow, chill drafts and stinging cheeks. I prefer the nuisance of sunscreen. But I feel thawed, rested, invigorated. I have connected strongly and deeply with the people I love most in this world. I have visited the Summerlands from the heart of winter, and won a respite from the seasons. I’ve seen lionfish and stars and smiles. I return to my labors with a lighter heart and darker skin.