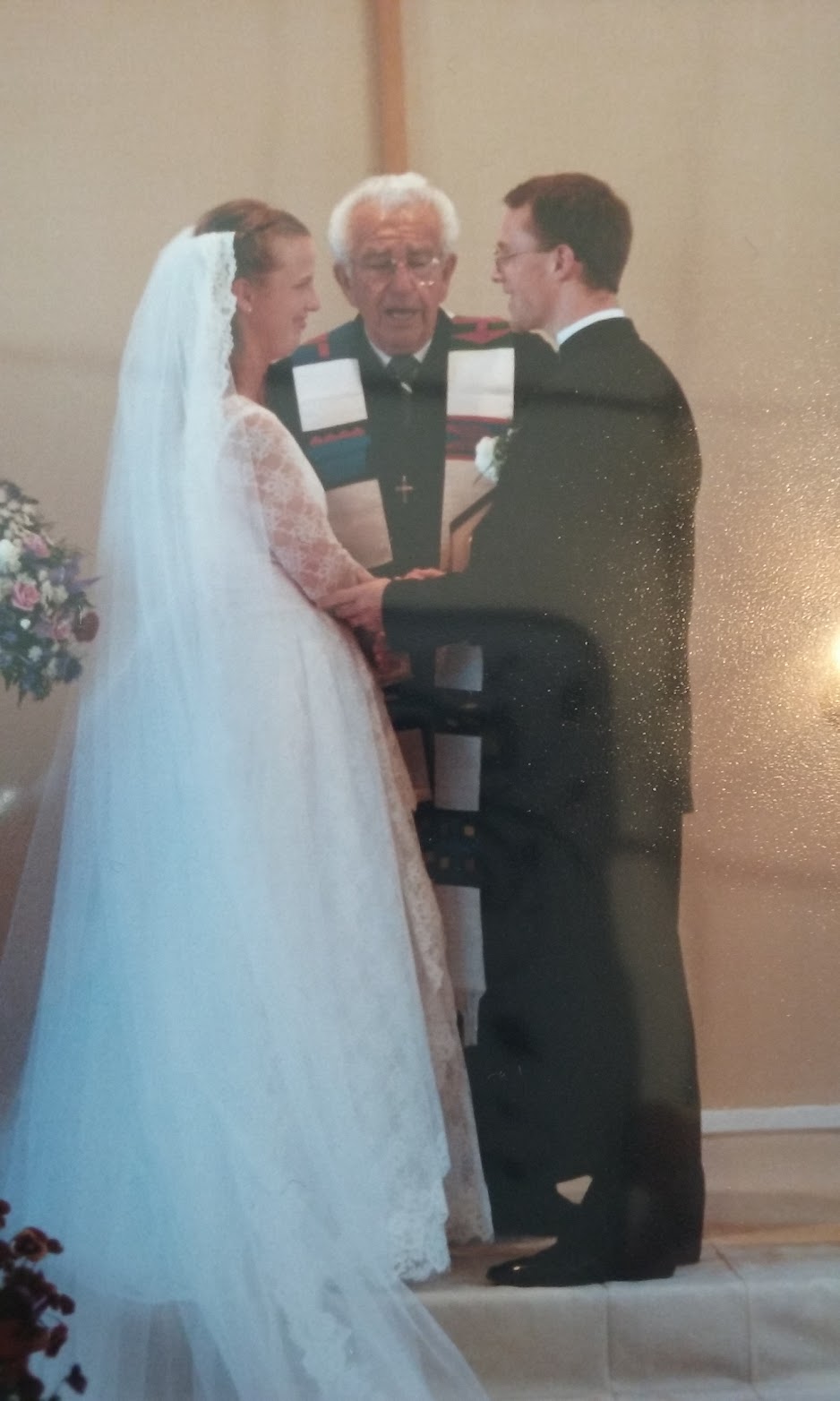 Fifteen years ago today I woke up as Brenda Johnstone for the last time. It was a bright, clear August day in Washington State when I exchanged vows in a tiny white church with my beloved. The whole congregation was there. My family was in force. His family had a long way to travel, but came too. Some intrepid college friends made the transcontinental journey.

I remember that a big beetle got caught in the lace of my mother’s wedding dress. My left knee shook through the whole service. Adam wouldn’t stop mouthing “I love you”. My brother forgot a verse of the Wedding Song (a faux pas he’ll never be allowed to forget). I insisted on Wagner’s version of Lohengrin’s Bridal March for the processional and Medelssohn’s proper recessional. But we did not have live music. We used the same version of the wedding vows my parents had used – and have claimed ever since that “I slipped Elden a $20 to add ____ to the vows.” (Usually “entertain me”) (Elden’s integrity and incorruptibility is what make that so funny.) At the buffet reception there was chocolate cake, Martinelli’s sparkling cider (it was a dry wedding) and an espresso van. 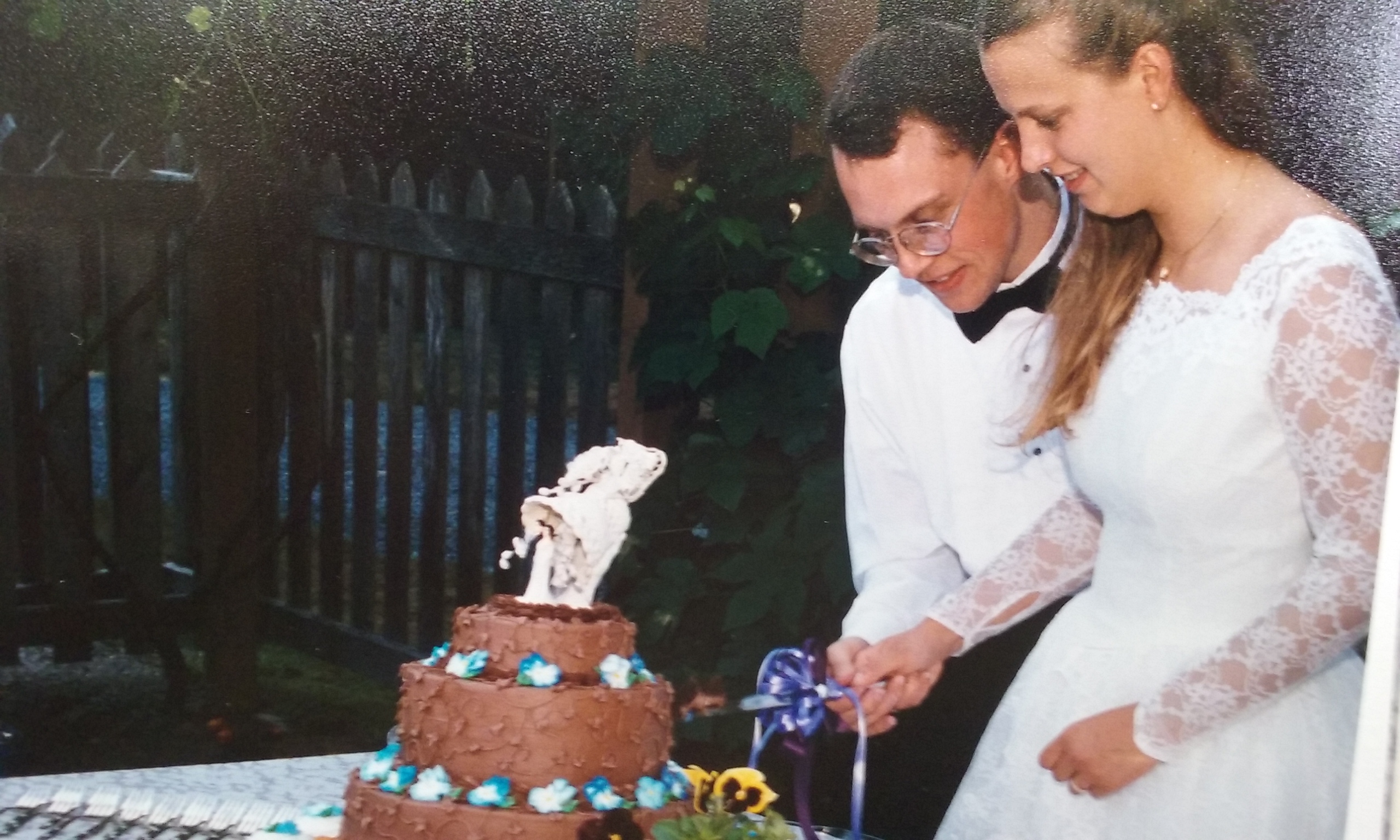 That night I fell asleep in a bug-ridden nearby bed and breakfast as Brenda Flynn, for the first time.

Fifteen years is a long time. If you’re thinking “I didn’t think Brenda was that old!” Well. I was 21 on that bright August day. Fifteen years, three homes, two children. Fifteen years also marks the length of time we’ve been playing once a week with the same gamers, and how long we’ve been members of our church. These are not coincidental numbers. That day fifteen years ago marks not only the beginning of my married life, but my adult life. It’s been a wonderful, joyful fifteen years. 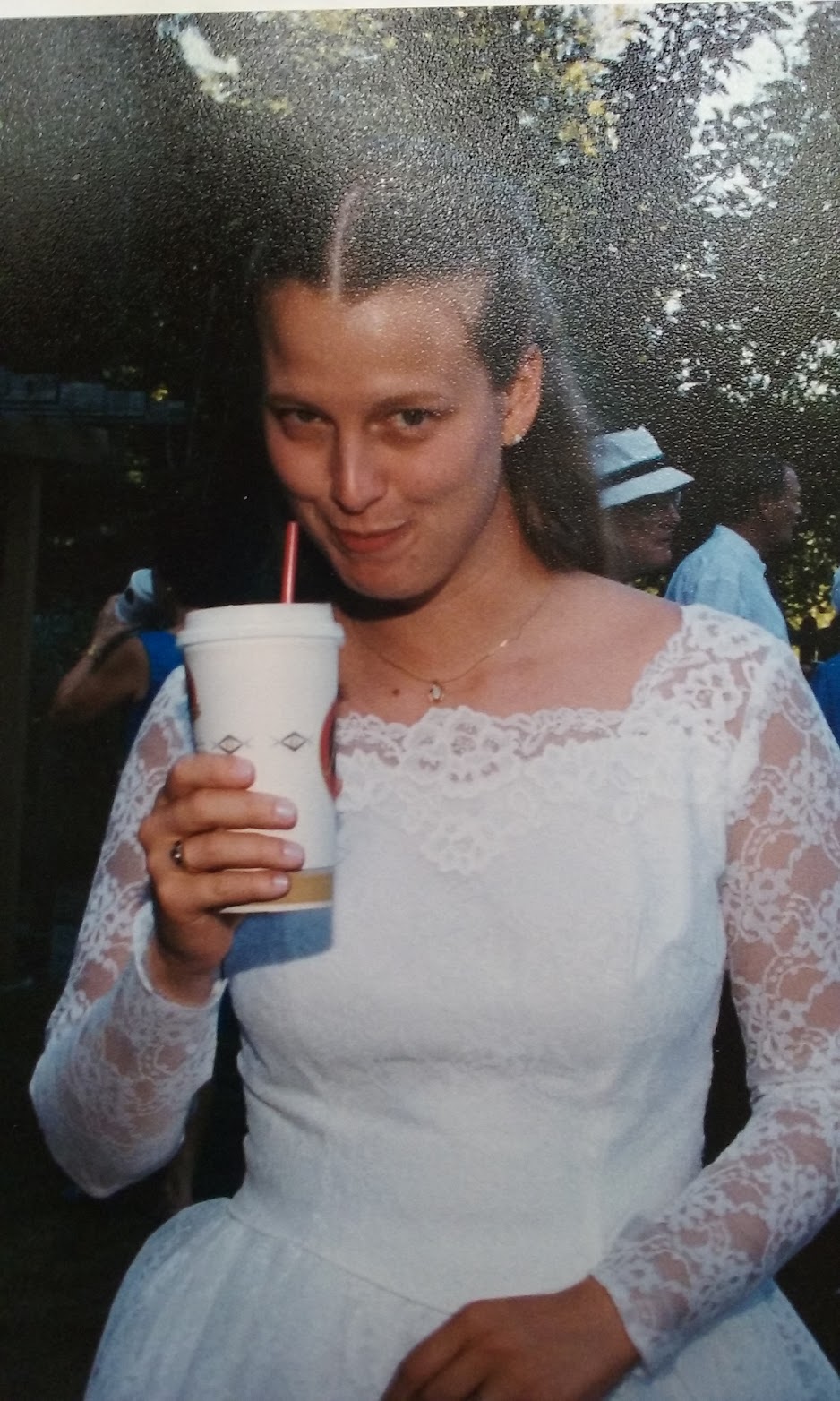 If I had it all to do over again, I would joyfully do so.