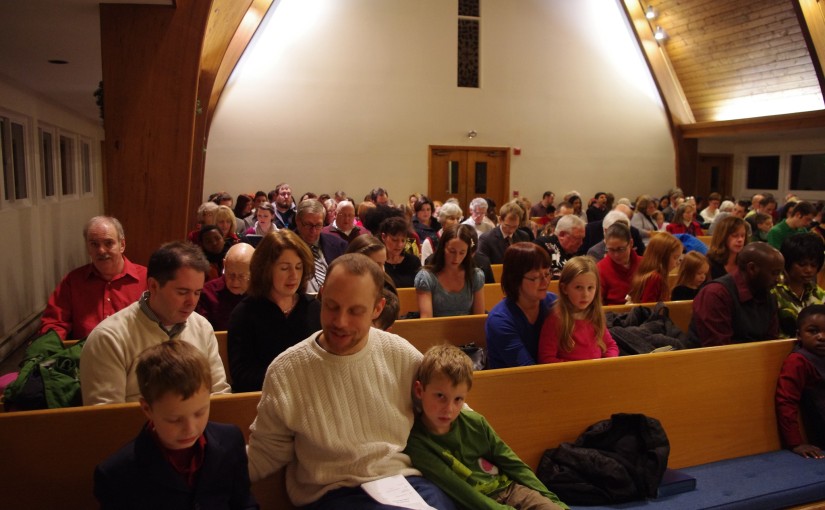 I believe that there are generally two kinds of events in life: the ones that are fun at the time, and the ones that make a good story later. As Christmas 2019 winds to a close as one of the “fun to experience” Christmases, I’d like to head back through the mists of time to tell the story of another Christmas.

This Christmas Eve I spent nearly 10 hours wrestling my 2019 photographs into submission. I firmly believe in the near-miraculous value of a good picture to help you remember an event as being much more fun than you thought it was at the time, and so I take a lot of pictures. I suspect this year’s tally was somewhere around 12,000 pictures (which was impossible for most of human history). I have pictures of almost everything. But there is this one Christmas where we go from this:

Strangely missing from the otherwise complete photographic documentation of my life is all the Christmas morning stuff. Where are the kids faces coming down the stairs? The stockings? The chaos of a living room in a flurry of wrapping paper? The look on my sons’ faces when they open their “big present”?

Well, let me tell you a story. The year was 2013, and on this Christmas my sons were 8 and 5 years old: peak Christmas aged. The joy and excitement were running high on Christmas Eve, and the full paraphernalia of both religious and secular were on display as we came back from Christmas Eve services to lay out a plate of cookies and milk for Santa. The children were nestled all snug in their beds, and the parents stayed up very late making sure that the scene to be uncovered in the morning was absolutely perfect. We were tired but satisfied as we went to bed that night, imagining the joy our children would experience because of our efforts the next day.

In the midst of our sugar-plum dreams, in the cold dark of a December morning, a sound intruded into our sleep. What could that be? But ah well, our children had yet to awaken us, so it couldn’t be that important. We rolled back over. But then, it came again. Was that… a squeal of joy? Wait, was that the sound of paper being torn? As if of mutual accord we flung ourselves out of bed and down the stairs, only to be confronted by a veritable blizzard of confetti-sized wrapping paper shrouding our two hellions as they tore into wrapped packages with a savagery usually only found in hungry, wild beasts.

Yes. They had gotten up and started on Christmas presents all on their own. They’d unwrapped over half their presents before we came down, screeching. It took me HOURS to get over it enough to take any more pictures. I was WROTH. I knew, in some tiny corner of my mind, that it might eventually be a funny story. I’m here to tell you that the amount of time required to accomplish that is no less than 6 years.

Here’s the decision-making, as paraphrased from the retelling of my eldest son.

So if you’ve ever met my mother, you would know that she is not what you would call a “morning person”. So when I woke up early on Christmas morning, I knew that my parents would not be excited to wake up so early. So I woke up Thane and went downstairs to give them a few more minutes to sleep. But our stockings were right there! I figured it would keep Thane quiet if we just opened our stockings, so we did. But then we’d opened our stockings. And I thought it wouldn’t hurt to open just one present to play with it, so Thane and I each opened one present. But then, before I could stop him, Thane opened a second! And it was only fair that I should open a second one too. Things after that got a bit out of control.

Now, every Christmas Eve, I remind my children that there is NO OPENING PRESENTS WITHOUT ADULT SUPERVISION!

And to those of you who just lived through one of those, uh, challenging celebrations: take pictures. It’ll be a great story, someday.

One thought on “The Christmas with no pictures”