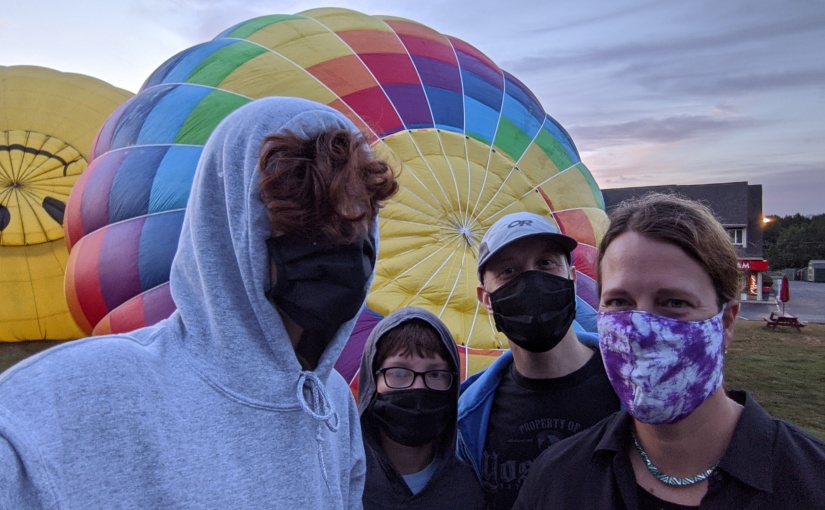 There was a moment where Thane was born when I had an epiphany. It’s funny, I know when it happened and what it did in my life, but I don’t remember the actual epiphany at all. Maybe it was a gradual realization. Maybe I was doing dishes. Adam and I had spent our 20s trying to be grownups – being reliable, showing up on time, gardening, learning how to cook, reading books, staying at home. We didn’t make big money, but we lived thriftily. I started my 401k with my first professional job when I was 21 years old – before I even graduated college. We were dead set on Being Grownups (because of course, we didn’t feel like it). But then I had Thane and I turned 30 and I realized that this was my one and only precious life, and my life would only include the things that I did in it. Moreover, I really only remembered the things that I photographed and/or wrote about. I bought a digital camera. I bought a book on photography. I started this blog. And I started planning to do things that were important and memorable.

We started camping. I ramped up the picture taking. We began to travel more, to visit more places and go on excursions. And I took more and more pictures of all of it (of course, the improvements in digital photography helped – taking pictures when you actually used film was a pain in the rear).

I suspect sometimes I now overdo it. Hundreds of pictures on a memorable day is not unusual. Last year, going through my pictures to put together a “Best of” album, I had over 10k pictures to review. And during precovid times we were exhausted and strapped by my insistence on constantly *doing things*. But then life hit the biggest collective pause button our generation has ever seen. In the year in which Adam and I celebrate 20 years of marriage (and 24 of sharing our lives), we were supposed to go on a romantic trip to Italy in April, which clearly didn’t happen. And as our anniversary approached, I was jolted by the realization that this really rather tremendous milestone was on its way to being lost in the sameness of these quarantine days (nice meal and dressing up aside). So I cast my mind for something truly memorable, something that wouldn’t erode with the currents of time, and was appropriate for a pandemic. One of those sorts of things you never have a good enough reason to justify the cost for doing.

Despite a widespread fear of heights among the assembled family (not me!) I got very little pushback for my crazy scheme. Even the 4:30 am wakeup call was handled with grace, fortitude and coffee. (It turns out balloon rides are almost always at dawn, when the winds are calmest. One of our co-fliers had tried 4 times to get in a balloon ride to be stymied by high winds the previous three). We got to the site at 5:30 and watched as they unrolled the balloon, tested the gear and started inflating the vast room-sized, rainbow balloon. We first had to hold down the basket, and then we climbed in. As gently as an escalator, the balloon started taking off next to its competitor compatriot, and ascended into the quiet of the New England dawn.

For some reason, the heights in a balloon are much less scary than other heights. The basket is firm beneath you. The rates feel human-scale. The margins feel large. We skimmed across the tops of trees – close enough to grab a handful of needles from a pine. We swooped low over the water of a lake, catching our reflection. Then we rose up high high high until the cars were smaller than Matchbox cars. Differences in height changed our direction. Our pilot Andre, who appears to have trained every other hot air balloonist in New England, told a series of well practiced jokes and tales, his persistent love of his aeronautical craft seeping through his customer facing banter. He was like a magician, seeing things in the future. It takes a long time to make a hot air balloon change where it is (heat is not the world’s most efficient method of steering), but he was somehow always seeing ahead and moving us to these invisible air currents made somehow visible to him.

The landing was rather exciting. They really only control up and down in a balloon, and to land they need quite a bit of cleared space, without power lines. New England is rather on the wooded side (Andre was vehemently anti-tree). So the cul-de-sac we landed in had seen balloons land there before, although the neighbors still turned out in delighted appreciation of the gem landing in their street. Except for one person, who was _BESIDE HIMSELF_ with anger that we would land there. He was hopping up and down with rage and cursing and generally making a scene, which shouldn’t have been funny, but absolutely was. The capper was when one of his long suffering and patient neighbors, in the midst of his profanity laden tirade against the balloon, greeted him with a very phlegmatic, “Morning Lenny”. Landing a hot air balloon does require a certain amount of diplomacy, and a canny and quick ground crew to literally sprint to catch the landing lines.

We ended our adventure with a glass of champagne (I looked up only to realize my Very Tall son had one as well – ah well! Good time for a first glass of champagne, I suppose!) in balloon cups with good wishes (including “friendly landowers) and a history lesson on the first aeronautical adventurers. And Andre gave us this toast, in his muted French accent:

May the winds welcome you with softness.
May the sun bless you with its warm hands.
May you fly so high and so well that God
joins you in laughter and sets you gently
back into the loving arms of Mother Earth.

It was a lovely, beautiful moment my friends. Much has been abandoned, or prevented, or cancelled. There is fear everywhere, and grief and anger. Many traditions have been broken, and others forever lost. But we are humans. We are at our greatest when what is called for is stamina, forbearance, patience, humor, creativity and wonder. If the old is no longer possible, we can ask ourselves – what new things has that created space for? When we account for our lives, what will we – in the end – remember?

If you want to see all the pictures of our adventure, I’ve put them into this album for your enjoyment! I would definitely recommend A&A Balloon Rides in NH!

One thought on “Hot Air Ballooning”